0
SHARES
2.2k
VIEWS
Share on FacebookShare on Twitter
Geometric Dimensioning and Tolerance (GD&T) is the symbolic engineering language used by mechanical designers, manufacturers and inspection personnel to communicate and integrates the functional requirements of the part into the tolerances. So it is not just about the symbols as we see.

GD&T takes out the friction between design and manufacturing engineers. Good knowledge in GD&T helps engineers to appreciate the impact of design intents have on manufacturability, cost, proper dimension specification without tolerances that may be smaller than requirement etc.

In this post, we set a base camp for you to know about GD&T and its important concepts.

Why We Need GD&T?

In the early days of the Industrial Revolution, there were no practices of tolerances. Industries made the parts as per the required dimension as best they can do. Mostly these parts are not interchangeable.

Eli Whitney from Massachusetts popularized the idea of interchangeable parts for the firearms. He builds ten guns with similar parts and mechanisms which can be assembled and disassembled interchangeably. He just used the simple idea of accepting parts produced within an acceptable deviation from the specified dimension (Toleranced Dimension).

For example, in the part shown below the distance 10±0.5 between the two legs is a location even though the engineer’s intention is to denote the size. We need datum or reference as an origin. If a manufacturer follows this directly toleranced dimension, he will not make the two surfaces parallel.

In below drawing, the part is completely defined with directly toleranced or ± type dimension. This is subjected to a lot of misinterpretations when it goes to the shop floor for manufacturing.

This drawing does not define the requirement of flat or square surfaces. The verification of the product will be the problem. It doesn’t answer the questions like from where we should set the origin? What is the tolerance for the overall length of this part? Whether the two surfaces opposing each other?

So as you see here, in order to produce the parts as per design intends we need geometric tolerancing (GD&T).

When it comes to GD&T, there is a lot of information available describing how to apply GD&T to the drawing. In this post, we cover some important rules, basic concepts and GD&T symbols that set you up containing:

Engineering drawing must be interpreted by everyone in exactly the same way to achieve a quality part that suits the design requirement. Implied datum in plus/minus tolerance is not clear (Implied datum is nothing but the assumed origin to fit the part in an imaginary coordinate system).

In order to share a common concept of origin, design engineers, manufacturers, and inspection personnel, proper datum should be defined. It is the communication tool among these three people.

These planes are mutually perpendicular planes which theoretically perfect. There is the leader in this group and also the followers (A-B-C).

It controls the features (holes, slots, tab, pin etc.). It is denoted by the compartments with the specific requirement in it for the features called in the drawing. The first compartment or box contains geometric characteristic symbols (flatness, circularity etc.). In the drawing, it states that whether the feature is flat or not, perpendicular or not etc.

Note: In case if we need to specify two features then there must be two feature control frame or composite tolerance.

As a designer, you can denote exact location of holes you think it suppose to be. To denote this you need to enclose hole location dimensions in rectangle.

To control the feature with tolerance at first we have to establish theoretically true value to define the form, size, orientation or location of the part. For example, to control the profile of the radius with the tolerance, we should make the radius as a basic dimension. Basic dimension is enclosed in the box.

Note: When we define feature with basic dimension, there is no accumulation of tolerances. The default tolerance, we mention generally in the drawing, will not be applicable to basic dimension.

True design engineers love it. This allows engineers to clearly communicate their design intent to manufacturers. This material condition will give additional/bonus tolerance to the feature.

Maximum Material Condition – MMC: It is a material condition where the feature (Holes, pins etc.) contains maximum material with the specified limit of size. (Hint: If the size of the hole is small then the material will be more)

Least Material Condition – LMC: It is a material condition where the feature (Holes, pins etc.) contains minimum/least material with the specified limit of size. (Hint: If the size of the hole is large then the material will be less)

Parts we produce do have characters just like us. If we control those characters within an acceptable limit, we can use it for our purpose. There are 14 characters. We can group them into 4 groups as form, orientation, location, and runout. Below table shows the symbol and its purpose. 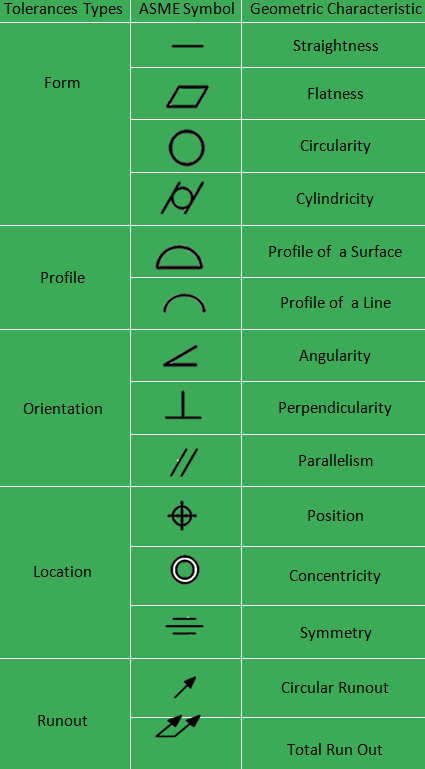 How to Apply Geometric Tolerancing?

We have come up with some general guidelines for beginners to apply geometric tolerancing.

Congratulation, you have successfully applied GD&T in your drawing. 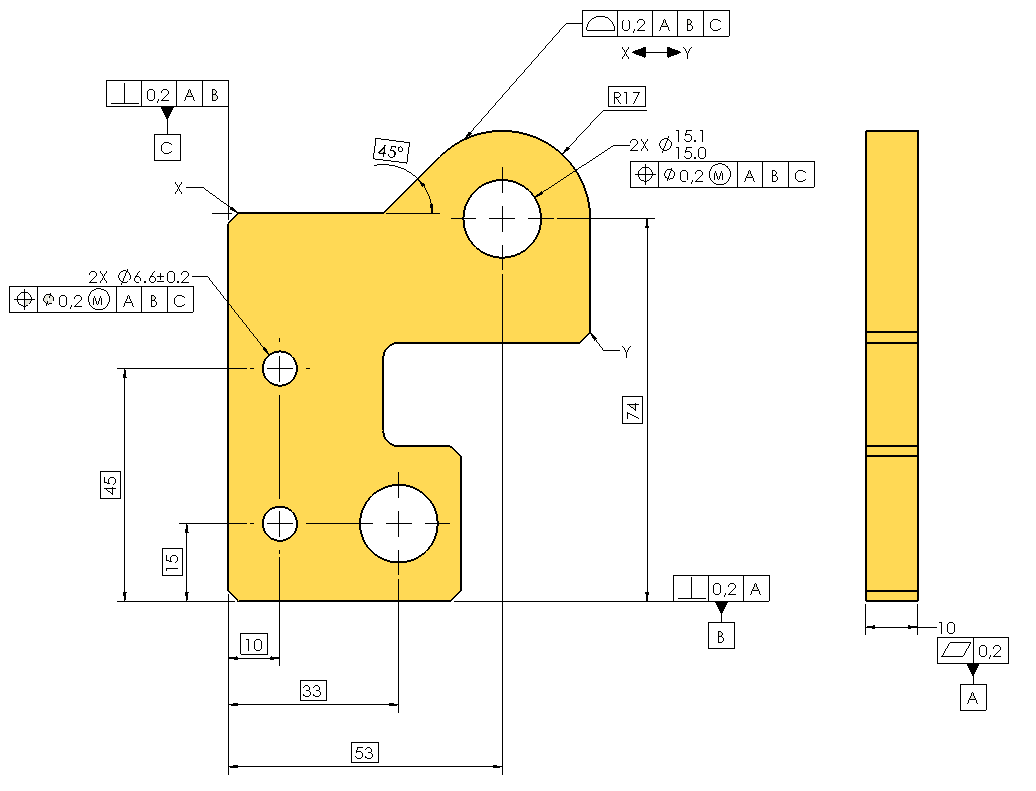 Heat Treatment: All You Need to Know About Annealing Process

Washers – Everything You Need to Know about Washers

Heat Treatment: All You Need to Know About Annealing Process

How well do you know about Alfa Romeo history?

Why is Sea Water Salty?

Will Artificial Intelligence One Day Be Conscious?

We made a New Type of Atom, Pionic Helium

Why is Sea Water Salty?

Will Artificial Intelligence One Day Be Conscious?

We made a New Type of Atom, Pionic Helium