The U.S. Army May Soon Use This New ‘Barrel’ Rifle That can Fire Five Rounds at Once

0
SHARES
129
VIEWS
Share on FacebookShare on Twitter
The U.S Army may have finally found a way to replace its 55 years old ‘M-16’ and its variants. Forward Defense Munitions, Co. which was founded in 2016 developed a superior barrel firearm that can fire four rounds at once. This current rifle design reinvented firearm design from the ground up.

This revolutionary rifle was designed by Martin Grier in his garage.

The Gun of the Future specifications are incredible, 6 mm barrels cut side by side within one steel block. New ammunition blocks fired by electromagnetic actuators that could theoretically give the weapon an incredible firing rate of 250 rounds per second.

This assault gun can send bullets at more than 2,500 mph to the enemy.

The first major innovation behind this changed the type of ammunition. Rather than a single shell casing, his bullets are encapsulated in blocks.

Each round is aligned with a barrel. Grier prefers to call them “bores,” because all of the barrels are in a single piece of metal.

The second innovation is behind the bullet. In normal rifles, the trigger is connected to a mechanical trigger pin, which fires the gunpowder and sends the bullet flying. 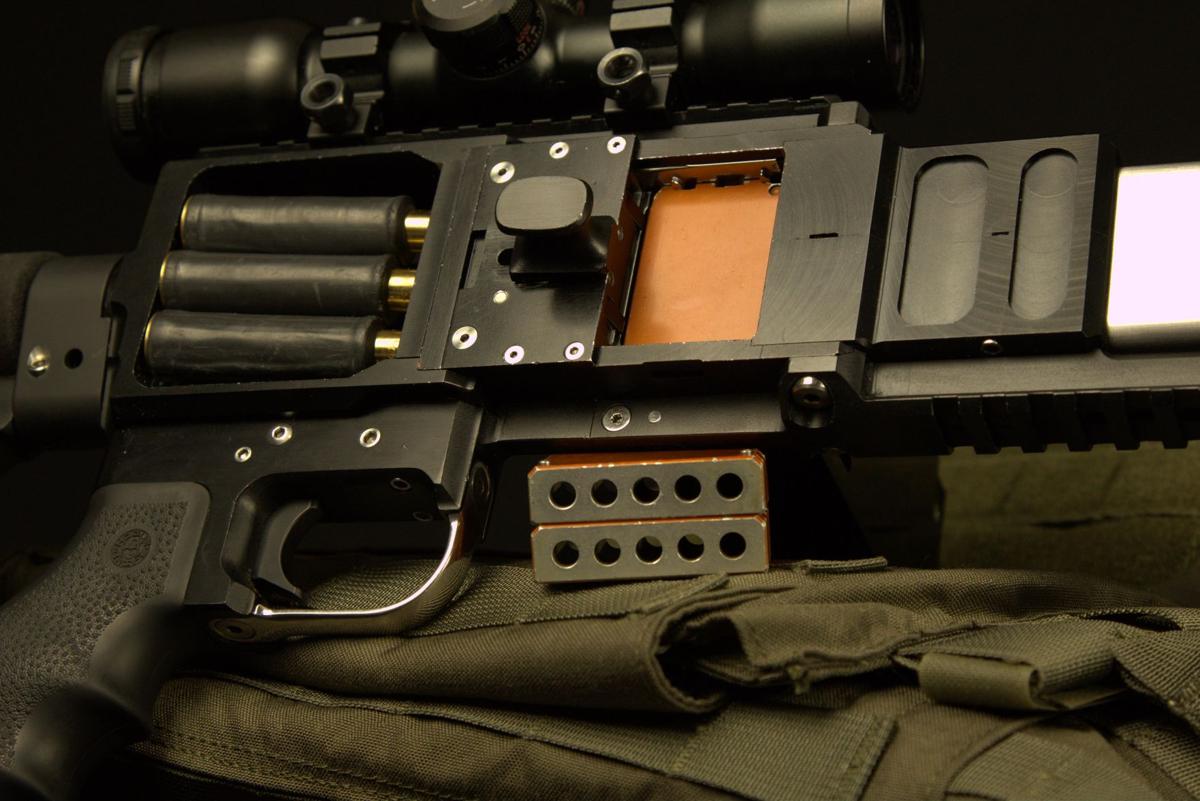 In this weapon, the trigger is an electronic switch that sends a signal to an electromagnetic mechanism behind the block of bullets. The bullets within the block of rounds each have its mechanism. which means you fire the rounds one by one or at the same time.

The L5’s Electromagnetic / Transverse Camshaft action is efficient, safe, and reliable. The battery-powered action can fire upwards of 15,000 shots per battery charge.

Complete with Picatinny rails, this can be easily accessorized with standard, commercially-available gear.FDM’s charge block ammo comes pre-loaded straight from the factory, which obviates the need to load individual rounds, saving vast amounts of time by passing that duty on to the manufacturer. 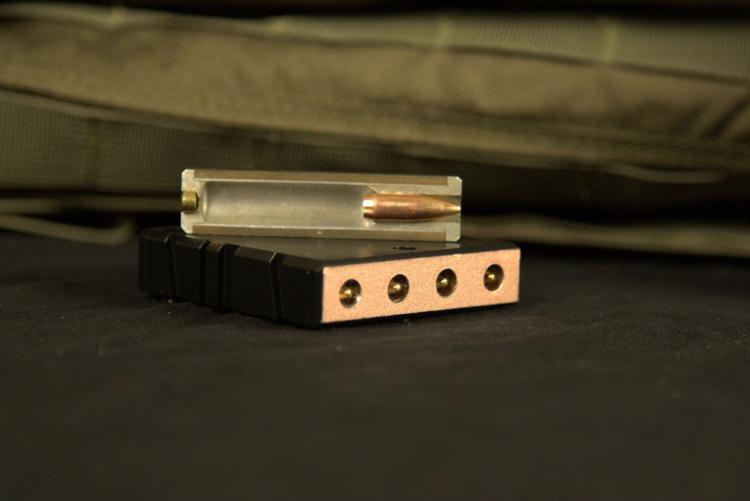 This profoundly increases the effective sustained rate of fire for forces wielding the L5. To prevent overheating, each block is ejected after use, along with any heat that would otherwise be held in a chamber. The blocks are precisely guided into position, moving only 1/2-inch, minimizing the probability of jamming.

The L5 Rifle, coupled with charge block ammunition, represents an entirely new firearm class and addresses the prevalent and dangerous problems of reloading, overheating and jamming, which are inherent to the design of currently deployed firearms.

This Rifle is yet to available for military and civilian production models. As per FDmunition, We can expect production on the civilian L4 model to begin in 2019. Due to overwhelming interest, FDmunition has started a waiting list. The initial production of 1000 collector-edition semi-auto L4 rifles will be sequentially numbered and issued according to the position on the waiting list. Pricing is TBD.

Light is stored and transported for the first time