Hydrogen: Can It be the Fuel of the Future?

One of Europe’s largest railway manufacturers, Alstom is betting on the technology as a greener, quieter alternative to diesel on non-electrified railway lines – an attractive prospect to many German cities scrambling to combat air pollution.

It has launched the first CO2-emission-free train powered by hydrogen. Dubbed ‘hydrail,’ the Coradia iLint train began operating in Germany.

It is equipped with fuel cells which convert hydrogen and oxygen into electricity, thus eliminating pollutant emissions related to propulsion. Two such trains will enter commercial service according to a fixed timetable in Lower Saxony.

“This is a revolution for Alstom and for the future of mobility. The world’s first hydrogen fuel cell train is entering passenger service and is ready for serial production,” said Henri Poupart-Lafarge, Chairman and CEO of Alstom. “The Coradia iLint heralds a new era in emission-free rail transport. It is an innovation that results from French-German teamwork and exemplifies successful cross-border cooperation.”

The hydrail operates on electricity obtained from lithium-ion batteries, powered by a fuel cell using a hydrogen tank stored on the train’s roof. The energy storage device is the pride of the developers, as it is controlled by an intelligent energy management system.

The low-noise, zero-emissions trains can reach up to 140 kilometres per hour. They will run on around 100 kilometres of the Buxtehude-Bremervorde-Bremerhaven-Cuxhaven regional line in Lower Saxony. 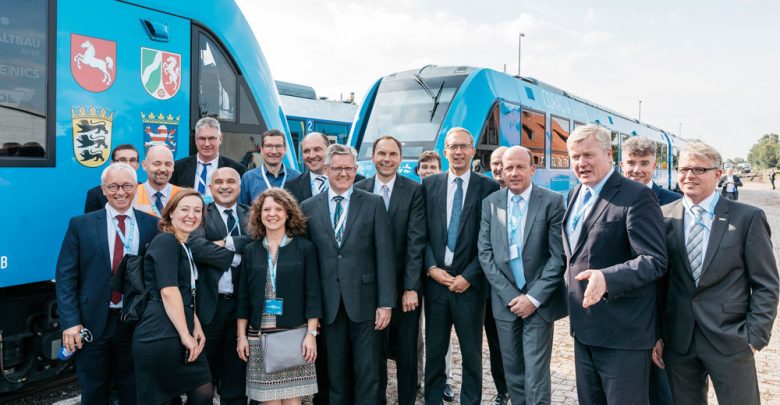 They will be refuelled by a mobile hydrogen filling station. The gaseous hydrogen will be pumped from a 40-foot-high steel container next to the tracks at Bremervorde station. One tank can run throughout the network for a whole day. A stationary filling station is scheduled to go into operation in 2021.

“In successfully proving the operability of the fuel cell technology in daily service, we will set the course for rail transport to be largely operated climate-friendly and emission-free in the future,” he added.

How the 3D printing Could Transform Medical Industry

Light is stored and transported for the first time